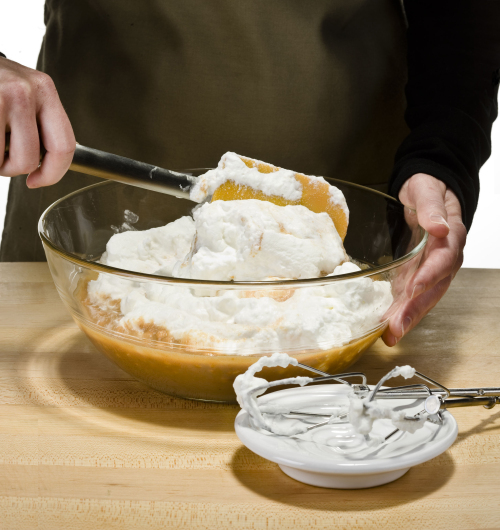 A new study for the first time identified a human receptor tasting fat, suggesting that some people may be more sensitive to the presence of fat in foods.

The study conducted by researchers at Washington University School of Medicine in St. Louis was published online in the Journal of Lipid Research.

They found that people with a particular variant of the CD36 gene are far more sensitive to the presence of fat than others.


"The ultimate goal is to understand how our perception of fat in food might influence what foods we eat and the quantities of fat that we consume," says senior investigator Nada A. Abumrad, PhD, the Dr. Robert A. Atkins Professor of Medicine and Obesity Research.

"In this study, we've found one potential reason for individual variability in how people sense fat. It may be, as was shown recently, that as people consume more fat, they become less sensitive to it, requiring more intake for the same satisfaction. What we will need to determine in the future is whether our ability to detect fat in foods influences our fat intake, which clearly would have an impact on obesity."

The researchers studied 21 people with a body mass index (BMI) of 30 or more, which is considered to be obese. Some participants had a genetic variant that led to the production of more CD36. Others made much less. And some were in between.

"We did the same three-cup test several times with each subject to learn the thresholds at which individuals could identify fat in the solution," explains first author M. Yanina Pepino, PhD, research assistant professor of medicine. "If we had asked, 'does it taste like fat to you?' that could be very subjective. So we tried to objectively measure the lowest concentration of fat at which someone could detect a difference."

Her team masked input that might help participants identify fat by sight or smell. To eliminate visual cues, they lit the testing area with a red lamp. Study subjects also wore nose clips so that they could not smell the solutions.

Fat is an important component of the diet, and both humans and animals usually prefer high-fat, energy-dense foods. Scientists have believed that people identify those high-fat foods mainly by texture, but this study suggests that the presence of fat can change the way our tongues perceive the food, just as it does for the tastes sweet, sour, bitter, salty and savory (umami).

The CD36 discovery follows research that had identified a role for the gene in rats and mice. Scientists had learned that when animals are genetically engineered without a working CD36 gene, they no longer display a preference for fatty foods. In addition, animals that can't make the CD36 protein have difficulty digesting fat.

Up to 20 percent of people are believed to have the variant in the CD36 gene that is associated with making significantly less CD36 protein. That, in turn, could mean they are less sensitive to the presence of fat in food.

Abumrad was the first to identify CD36 as the protein that facilitates the uptake of fatty acids. She says better understanding of how the protein works in people could be important in the fight against obesity.

People with obesity are at an elevated risk for cardiovascular disease, stroke, type 2 diabetes, certain cancers, arthritis and other problems. Obesity rates have risen dramatically over the past 30 years as more people have become sedentary, and diets incorporate more hamburgers, French fries, fried chicken and other high-fat foods.

"Diet can affect sensitivity to fat, and in animals, diet also influences the amount of CD36 that's made," Pepino says. "If we follow the results in animals, a high-fat diet would lead to less production of CD36, and that, in turn, could make a person less sensitive to fat. From our results in this study, we would hypothesize that people with obesity may make less of the CD36 protein. So it would seem logical that the amounts of the protein we make can be modified, both by a person's genetics and by the diet they eat."

So it would seem logical that the amounts of the protein we make can be modified, both by a person's genetics and by the diet they eat.